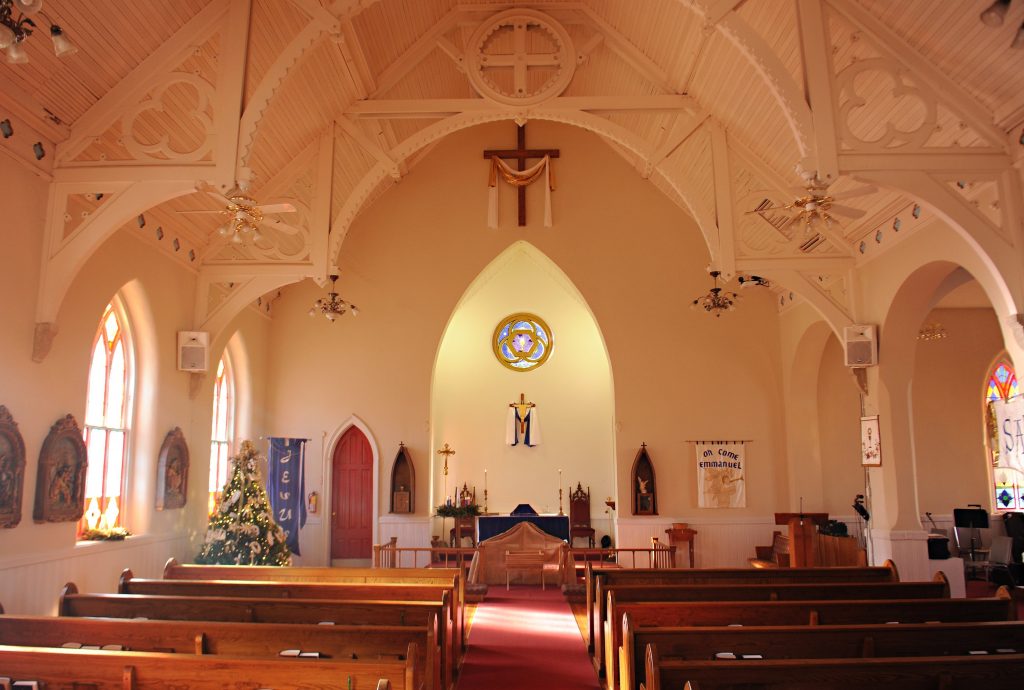 There have been many times that I have been asked by laity and pastors alike, “Who we are” as a church. My answer every time is, “We are a small but faithful group.” I say this because we have seen as many could say the best as well the worst of times.

St. Michaels in Thomaston, GA began on Pentecost Sunday in May of 1993 in the humble beginnings of the upstairs of a smelly Health Spa. Each Sunday then Fr. John Holloway and the faithful few would set everything up, have a service and take everything down. This cycle would take place for several years and five different locations each Lord’s day until December 24th, 1999.

Waiting on the Lord is not, nor will it ever be an easy task. In the early day of St. Michaels, the people would put their blood, sweat, and tears into the church as it sat vacant for several years and was used by the school system as a band room. (Yes, it really was.) We would see many saints come, and many leave, but the journey has been worth it and remains so.

The last Pastor of the old “First United Methodist Church of Thomaston” was the Rev. T.A. Seals. During his Pastoral term, it was determined by the people to build a “new” church. The Civil War had ended, and the members were growing. The lot where St. Michael’s is now was procured in 1888 and in 1889 the building was consecrated by Bishop Warren A. Candler. In 1927 Mr. and Mrs. R. E. Hightower donated the monies to have a Sunday School Annex. Bishop Candler dedicated this building on April 3rd, 1927. The very day that Mrs. Hightower passed away.

In September of 1999, God answered our prayers. The buildings were purchased, and the work began. The worldly systems were not nice to the buildings to say the least. But due to the perseverance of the faithful few the work began. Pictures of the original state of the church were donated by several of the original members and the Historical Society of Upson County allowed us to view many as well. It was not an easy task, but we all tried to keep as well restore the building to its original state. After the removal of built-up walls that made “offices” by the school system, the removal of carpets and several layers of vinyl tiles we uncovered old hardwood flooring. After the removal of false ceilings, we found the beauty of the ceiling. To the natural eye one could have said the work is in vain. However, we knew two words; “But God.”

Our founding Patriarch, Archbishop Randolph Adler had prophesied twice that this building would be ours. Also, by this time Fr. John Holloway had become Bishop Holloway and his faith spurred the faithful on. Through much scrapping, sanding, demolition, crying, sweating and much more we did it. We were ready to have our first service. Even after a 24-hour erratic trip to get a bell and lifting it into the bell tower on Christmas Eve 1999 as prophesied the bell rang. There is much more that I could add, but this article is getting long enough already. Just know this; the waiting never ends, the trusting never ends, the believing never ends; one must understand that’s just Kingdom. We may not see the word of the Lord being fulfilled in the natural, but God is creating order in the spiritual. We just have to engage our faith. Even if we have to say, “Lord I believe, but help my unbelief.”

Below I have attached a few pictures. I do so that you can see the work of the Lord. And while you are waiting, view these and pray for us as well.